"I don't know what I can believe in anymore": A story of odd proposals, disillusionment, and letting go 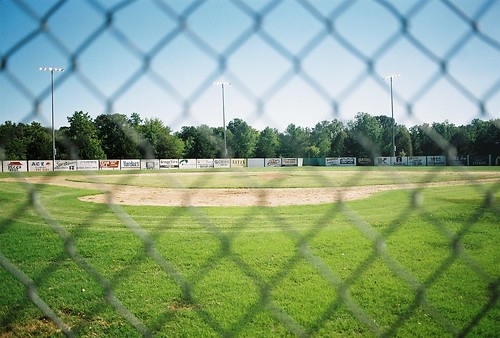 I’ve spent my twenties wandering from and wrestling with the faith of my youth. It’s been a gradual movement in directions all over a muddled map–a slow, foggy journey. My storytelling brain wants to make sense of it all, to organize it in a clean narrative arch, to connect experience with meaning and meaning with experience. This is sometimes difficult to do.

I’m sitting in my parked Honda Accord outside the baseball diamond at my hometown park where I used to come pray for revival. I haven’t come back to do that much lately, because, I don’t know. I’m tired.

I’m only eighteen, but I feel like my life already hasn’t gone as I planned. Instead of becoming the world changer they said I’d be, the victorious woman of faith I dreamed of being, I’ve already dropped out of college because of this ache in my chest that won’t go away, this constant state of loneliness. In the dark hours of early mornings, I’ve whispered the word depression, but I won’t say it out loud. I’m not depressed. Depression is for people who don’t love Jesus.

Sitting in the passenger seat is Kyle, a boy from Youth Group a few years older than me with cracked glasses and pale skin. I’ve known Kyle for years but we’re not close, although I’ve always known he wanted to be closer. He’s slicked back his thinning hair today and he’s wearing a starchy polo shirt, and I can hardly bear the thought of him squeezing gel into his comb as he got ready, thinking of me. He lets out a deep sigh, and the car fills with the stank of death.

But never mind the smell. I have other things to worry about right now: Kyle has just asked me to marry him, and he’s waiting for my answer. He asked this of me without looking at me, without presenting a ring, and without a history between us that would make a proposal remotely sane.

“Let me explain,” he interrupts. “The day we met, I was struck. But I also knew I didn’t deserve you.”

I look out the window, the strain in his voice too much for me.

“But then, I had a dream. In this dream, God said ‘She is yours if you live your whole life for me,'” he says.

“So from that day forward, I trusted God on his promise. It was hard for me to trust at times… especially when I saw how much you liked…,” he says, his voice choking before he utters the name of the boy who broke my own heart recently.

“Let’s not talk about him right now,” I say.

“So this is me, acting in faith,” he says. “Will you prayerfully consider…it?”

His eyes are closed and he is heaving fast, stench-drenched breaths as he waits for my answer.

“I knew it would be,” Kyle says, and his lip trembles. “I fasted for three days for this, believing in the promise, but deep down I always knew.”

Fasting–that’s the smell. His intestines are crying out for food and he’s denied them.

I’ve spent the last five years believing in the promises and fasting and praying and believing, believing, believing… But now, with Kyle’s heart smashed on the dashboard in front of us, it doesn’t seem so simple anymore. It feels like a cruel joke, a sham.

“I fell short,” he says, tears falling in his lap. “Without this dream, I don’t know what I can believe in anymore.”

I want to think he’s being manipulative, but his words are too familiar. A year ago, believing came easy. Now it’s a fight to believe everyday, and I don’t know what I can believe in anymore either.

“I know what you mean,” I say, and he opens his eyes and looks at me. I can restore his faith right now with a few simple words, yes I’ll marry you. I can prove that the promise Kyle believed isn’t a lie. I can do that right now, for Kyle.

“We can still be friends,” I say. The words are true, but so empty and small, so not enough for what he needs right now. Knowing this, I don’t try to fill the void with more empty words.

I start my car.

He doesn’t speak on the short drive back to the church parking lot where we met up a few hours ago. I pull up by his 1970s Thunderbird, and he gets out and looks at me with lost eyes and I know he is saying goodbye.

“Eat something,” I tell him, but he doesn’t answer. He is walking to his car without looking back.

I used to get angry when I looked back on this moment. This man, who was six years older than me (a lifetime of difference when you are eighteen), was essentially treating me as property to be claimed, a transaction God would reward him with through holy living. But honestly, it’s been a long time since I’ve been angry at Kyle. He was only believing in the God we lived for, the God who moved in the Old Testament with fire and flood, stories in which we underlined with highlighters in our torn-leather Bibles, believing in the promises of fire in our own lives. The God we believed in spoke to us in dreams and promised us victories and miracles and breakthroughs. This God was alive, and for many years, we were too. And then we weren’t.

Now, when I think on this day, I have compassion on both the girl and the guy parked outside the baseball diamond. They were more alike than they could admit. Both were scared and lonely and desperate to cling a faith they felt crumbling underneath them, white-knuckling their way through life, believing in glittery promises because they were afraid of what might happen if they let go.

I never saw Kyle after that day so I can’t say what became of him. I hope he’s happy. But I do know what happened to the girl in the driver’s seat. After that day, she did let go, and when she did, she fell hard and fumbled around for answers–but in the dark places between grief and doubt, she eventually found her way. My heart beats quick for that girl because I know what’s coming for her. It’s going to hurt–but then again, change usually does.

The Step-by-Step Guide to a Bullshit-Free Memoir

Readers have great bullshit detectors. They smell flat characters, one-sided stories, and they definitely can sniff out a protagonist with a victim-or-hero-complex. This printable step-by-step guide will help you smell your own shit before readers do.

!
!
Hook Me Up
Something went wrong. Please check your entries and try again.
Free PDF Download

Things I Write About: